Sony Handycam is a range of camcorders launched since 1985. As its name, it emphasizes the handy palm size nature of the camera to record digital video. From remarkable Full HD video quality and up to 34.1MP still images, to advanced anti-shake technology and built-in projector technology, Handycam camcorders capture treasured memories in a way smartphones simply can’t touch. 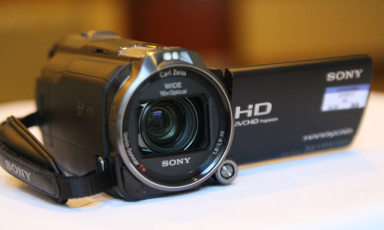 The FDR-AX1 is the first Handycam from Sony that shoots 4k, it reflects the look and feel of a camera with a long line of production history. Other popular models in this series include Handycam HDR-CX700v, HDR-CX190/130/220, HDR-TD10, HDR-PJ430v/380/200/230, and more. To fulfill most of your video recording demand, you can’t miss out the smart device.

Camcorders in this range commonly use the same basic format to save videos, that is, AVCHD (.mts). To make the footage you captured more perfectly, you may want to import them to iMovie for editing on Mac computer. Although iMovie has added support for the AVCHD format from a wide range of HD camcorders, the 1080i MTS files are not so easy to be imported, it takes long time to render.

How to Convert and Import Sony Handycam MTS to iMovie

Jihosoft Video Converter for Mac is strongly recommended for you to transcode Sony Handycam MTS to iMovie native format – Apple Intermediate Codec (AIC) and deinterlace 1080i recordings. After the conversion, you can import and edit the Sony Handycam camcorders AVCHD footage in iMovie smoothly on Mac.

1. Install and launch the converter program
2. Transfer AVCHD (.mts) files from camcorder to Mac and import them into the software
3. Select iMovie Apple InterMediate Codec (AIC) as the output profile
4. Auto-start the conversion by pressing the “Start” button 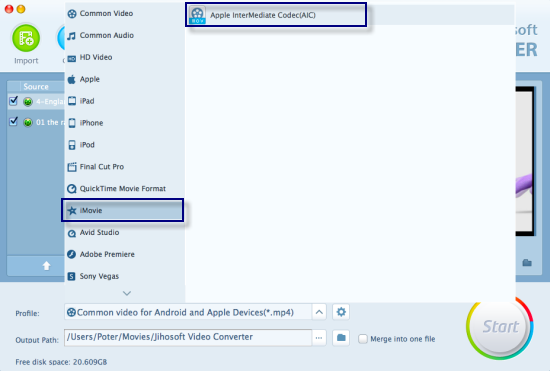 Tips: with some basic video editing features like crop, trim, merge, watermark, etc, this Mac video converter allows you to personalize your MTS files before conversion.