Home > Android Tips and Tricks > How to Save Photos and Videos in Snapchat on Android?

How to Save Photos and Videos in Snapchat on Android?

There are so many messaging apps in the world today. Each has its own share of unique features that makes it popular among the people, especially the youth. Snapchat is one of such amazingly popular messaging apps. It was launched as a way to share photos that would only be visible for a short period of time and then would self destruct. This concept made it an instant hit amongst the teens. However the app have come a long way since then, and the privacy of self destructing photos has also degraded. 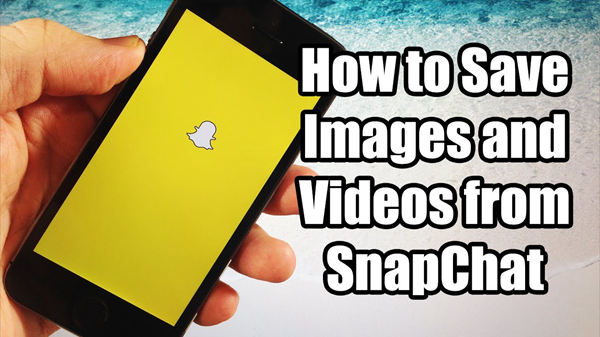 Nowadays, it is much easier to save Snapchat videos/photos to camera roll on your smartphone. Although the Snapchat app officially still does not allow this functionality, there are still some ways to achieve this. If you are just looking for ways to do that, then this guide will help you. We have listed down a few ways that you can use to achieve this functionality.

Part 1. Saving Your Own Snapchat Pictures and Videos

If the photos you want to save to your smartphone are the ones you have taken, then that is very easy. Whenever you take a photo, before sharing it to your feed or friends, you are greeted with a screen to review it. It also has an option to save it to your phone. Just click on it and the photo/video will be saved.

Tip: If you unfortunately lost the Snapchat photos or videos on your Android phone, you don’t need to worry to much since they can be retrieved so long as they haven’t been overwritten by new data. So please don’t use your phone after data loss, and act fast to recover deleted photos and videos from Android phone with Android Data Recovery tool.

This is the functionality which is not natively present on the Snapchat app and not available to people easily. One has the option to view someone else’s photos and videos but can’t save them to our devices.

Though there have been apps in the Android Play Store that have boasted of providing the users with this functionality, most of them have been removed or just don’t work as well anymore.

We will share some tips and tricks you can use to save Snapchat photos and videos without any hassle.

However, the developers at Snapchat understood this behaviour and built in a functionality within the app which detects screenshots being taken of a user’s photo and informs that user of the same. In this way, the Snapchat developers tried to prevent the misuse of screenshot taking functionality.

However, you can still take screenshots without sending notifications to the other person, albeit with a few additional steps involved. To do this, just follow the below steps.

As mentioned in the steps above, you can save images from Snapchat using screenshot functionality. It’s a bit tedious but works every time.

But you may be now thinking, this way helps in saving photos from Snapchat. What about videos? Well, don’t worry. We are coming to that part as well.

Trick 2. Save Videos from Snapchat through Screen Recording

So the title gives the whole process away. But we will still explain in detail. As we all know, there is no dearth of screen recording apps on the Android Play Store that are free to use and work amazingly well. These apps can be used to save videos from Snapchat. The following steps will explain in detail how to use a screen recorder to save Snapchat videos.

Before we begin with the steps, the screen recording app I would suggest everyone to use is the AZ Screen recorder. It’s a great free app with numerous features built in. And you can find more about Screen Recorder Apps for Android here. 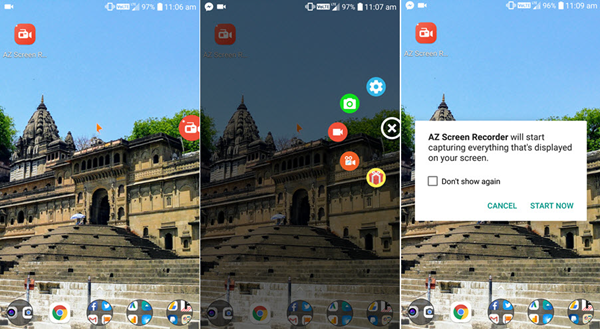 So, as we explained, you can easily save any video from Snapchat using screen recording functionality. Even photos can also be saved using this functionality. Just browse the app normally and view all photos. Then when you play the recorded video, just pause on the photo you want to save and take a screenshot of it. In this way, you will get all photos without notifying anyone.

We hope you found this guide useful in your quest to save photos and video from the Snapchat app.