Question: Convert SWF to AVI to play with Windows Media Player
I’ve got some flash swf file and I want to enjoy them with Windows Media Player on my PC, so I want to find a SWF to AVI Converter to convert swf to avi. I’ve checked some online converter but there always got a bad picture loss or sound miss. So please recommend me a good program which definitely keeps the original effect!

How to Convert SWF to AVI on Mac

Click the “Source” icon on top-left menu to input swf files from your local computer to the program, after successfully imported, click the “Play” button to view the flash SWF files in the right displaying window. 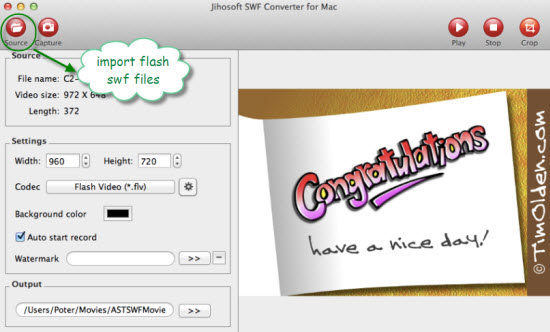 From the “Codec” drop-down menu, select “Audio-Video Interleaved (*.avi)” as the output profile. 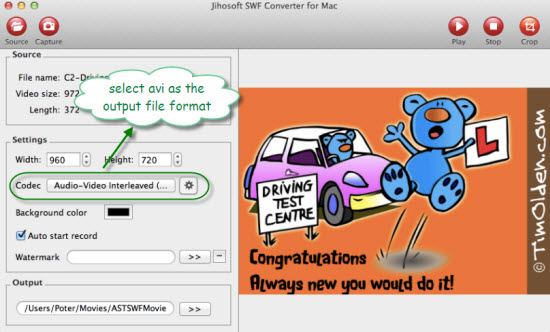 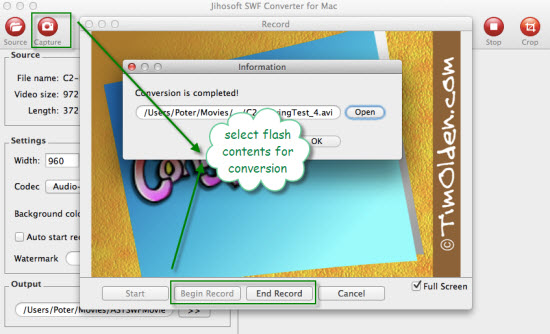