The Canon IUXS cameras record still JPEG images on microSD, microSDHC or microSDXC memory card. Sometimes, you may incorrectly choose the “Delete All” option instead of “Delete One” and therefore cause all your precious photos lost from your camera’s memory card in a moment.

Don’t be panic. The simple delete command on your IXUS cameras just marks the space on a memory card as being available for use rather than overwriting the actual space on the card. As long as you don’t record anything new onto the card, previously deleted photos can be easily recovered using a photo recovery utility.

Step one: Connect Canon IXUS storage media to the computer.

Connect your Canon IXUS microSD card to the computer through a card reader, when the memory card was recognized by your computer, it will mount as a drive letter on your computer.

Get Jihosoft Mac Photo Recovery started on your Mac computer, the software will automatically detect your camera storage device and list it on the main panel. Select the storage card and hit right-bottom “Filter Options” button. 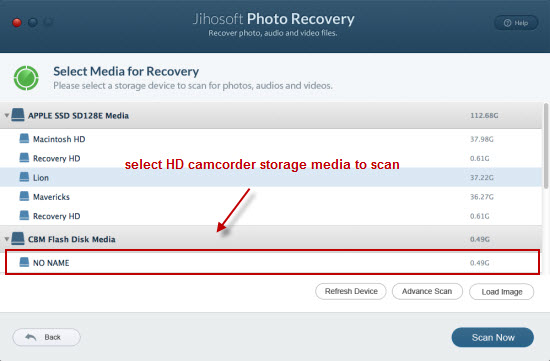 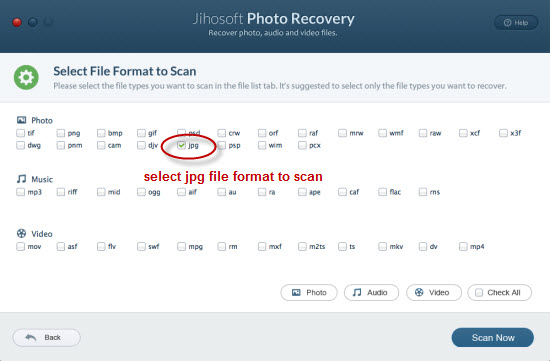 When the scan is done, all the scannable files will be listed in the left pane and some can be viewed in the right pane in thumbnail or file list. Select those you want to recover and hit right-bottom “Recover” button. 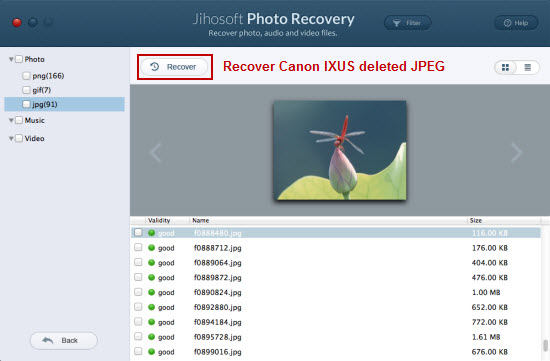