Are you unable to access Netflix using a VPN due to its geo-location ban? Do you want to enjoy the video streaming of content shown in different countries on Netflix? If yes, then read this article thoroughly to learn about the ways to bypass the Netflix VPN ban.

Netflix offers a different library of movies and TV shows for different geographical locations. This is the reason why Netflix does not respond to the VPN, similar to other video streaming sites. So, usage of VPN recklessly for Netflix ends on a VPN block by Netflix. This geo-location ban on VPN by Netflix creates a big problem for Netflix lovers as it is the world’s number one video streaming site with around 100 million users from all over the globe.

In this article, there is a complete description of the VPN ban by Netflix and the ways to bypass it. It will give an idea to use VPN for obtaining the content of the VPN, which is shown in other countries without any issues.

The issue faced by VPN users

Netflix has locked the content displayed on its site based on location. It is because of the copyright policies of movies and shows as popular and featured movies are to be sold separately in different countries. But, this makes the user make use of VPN to access the region-locked content of Netflix.

Usage of VPN for watching movies licensed in other countries put the copyright holders into a loss as they get no payment for that. Because of this, they have pressurized Netflix to bring out some solution to get the content locked as per the geographical region. Not only the other material but also the series from Netflix home production is giving a big hit around the world. Privacy and copyright laws are giving considerable revenue and popularity to the shows legally. Hence, Netflix has brought up strict and technically advanced security tools for locking the location-based content and ban VPN immediately, if any detected.

It general, the usage of Virtual Private Network to bypass such security system of geoblock is possible and quite easy. But, Netflix has a clever, intellectual, and modern security system that blocks the VPN even if the IP address shows a different geographical location. It uses a robust VPN detection to ensure that no VPN is being used to access Netflix.

At first, we will deal with various services that will help you to get out of these issues of the ban on VPN by Netflix. Furthermore, you will also get some VPNs that you can use to enjoy streaming Netflix with VON without any block and enjoy the content shown in different countries.

If you are not interested to know much about the reasons for the ban and what factors it triggers, then you can skip this part and go to the VPNs for Netflix and read about them. You must read about the ways to use a VPN for Netflix as well. It is recommended to use ExpressVPN for a wonderful experience and enjoy streaming on Netflix without any interruption. Now, let’s put some light on the copyrights laws because of which there is a ban on VPN by Netflix. 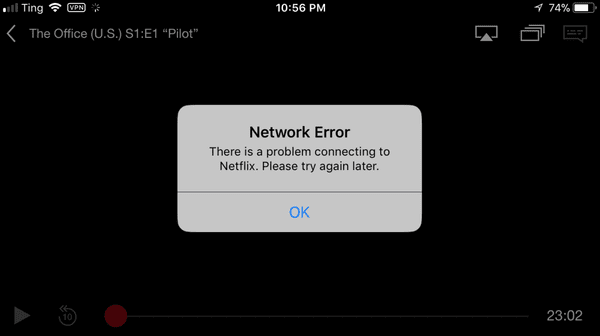 Anyone who tries to use VPN to get the content broadcasted in other countries, it immediately gets blocked as per the privacy and security laws of the Netflix.

If you are using a VPN with Netflix, then it allows the user to change the location as desired. For instance, if a person us taking the UK as location using a VPN server and then go to Netflix.com, he/she will see the UK version of the Netflix site. But, after clicking on any content available on the site, an error occurs displaying a message: “Whoops, something went wrong… Stream error”. This error signifies that the person is caught by Netflix using a VPN or proxy to access location-locked content, and Netflix has blocked the VPN from stopping the user from watching the content.

VPN blocking is done after VPN detection by Netflix. It allows the user to access the version of the site available for a particular country by checking the IP address accordingly. But, after sometimes, the VPN is detected by the complex detection method of the website hosting the video and stop the user from accessing it. So, the user can only explore the site using the VPN but can’t watch the videos available on it.

The process used for VPN detection by Netflix is not yet clear. This is the reason why the majority of the VPN doesn’t work with Netflix. It has created a problem for those users who want to access only the content broadcasted in their country using VPN.

The services of Netflix is provided in two different ways, i.e., watching Netflix in a browser and using the application. The platform used for accessing Netflix also plays a role in the detection of VPN by Netflix. Netflix checks the location of the IP address and the DNS server and matches it.

Using a web browser for watching Netflix does not hamper the experience because the VPN routes the traffic matches the DNS server giving no proxy error. But in the case of mobile application, the DNS settings do not let the device change the default ISP name of the user and hence, the DNS server and the IP address of the VPN doesn’t match while playing the videos.

In this article, we have enlisted such a VPN which will allow you to watch Netflix using the app without triggering the proxy error. Else, you can install the VPN software on your router in place of any individual device. It will help to encrypt the traffic through the router. After installing the VPN on the router, one needs to configure the DNS settings on the website of the VPN provider. In this way, one can enjoy watching Netflix using any device and even on the Netflix app.

Here is the list of the best VPN services which will help you to access Netflix without getting blocked.

Express VPN is a modular and reliable VPN service ideally designed to be used for video streaming sites like Netflix and Hulu. It is actively working in more than 94 countries and allows the user to watch the content shown in countries like the US, Canada, and Germany on Netflix. 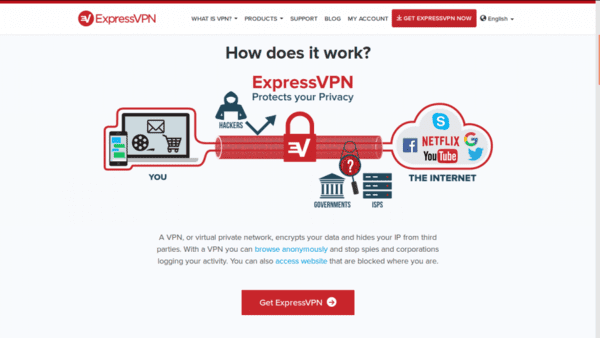 NordVPN is another VPN service that one can use for accessing his/her Netflix account. It is featured with robust encryption and no-logging policy. It can easily deal with geographical region content locks with a network of over 5,100 servers in 60 different countries. 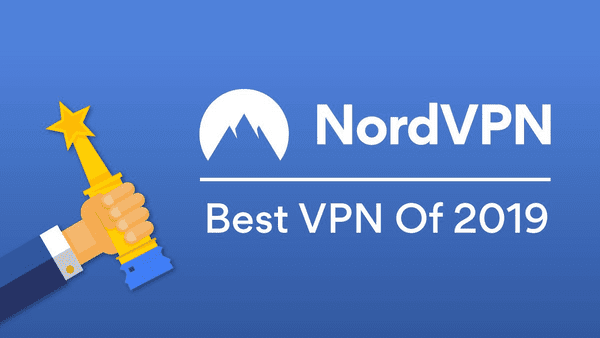 Here comes another VPN that you can use to unblock the ban of the VPN by Netflix. It has a well- modified and improved features powered with new servers and location for building up a strong network to withstand against the robust security system of Netflix which is well-customised against the user optimisation of the servers from its 3,600 servers available worldwide to enjoy. 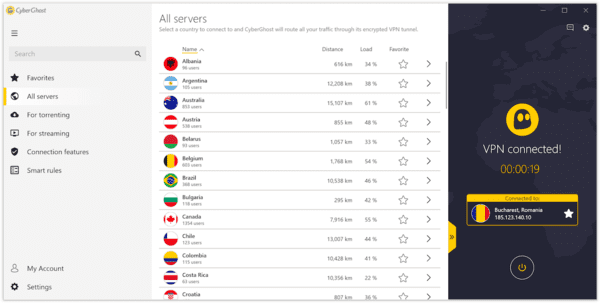 Like other VPN services, PrivateVPN is also a versatile VPN solution for Netflix. The site is powered with powerful features giving robust privacy and usability, keeping the data safe and secure. Moreover, it has a very lightweight interface compatible with smartphones, PCs, and firesticks. It does not require any type of technical knowledge. The user only needs to select the server and connect to it. 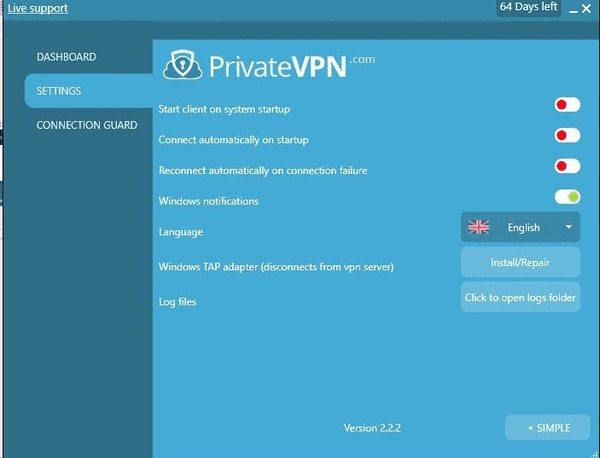 StrongVPN is also a wonderful VPN to be used for bypassing the Netflix VPN ban. However, its specific servers in the US are only capable of applying for unblocking Netflix in the US. Also, it can only be used for accessing Netflix using the browser. 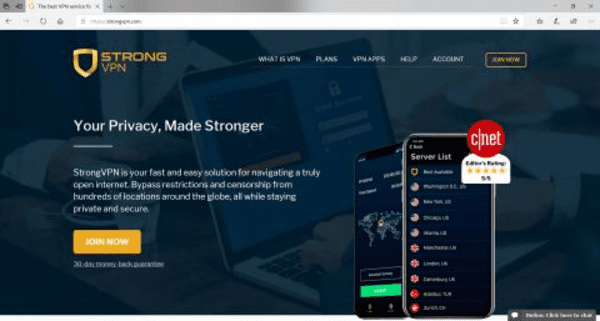 How to use Netflix with a VPN ?

Follow these simple steps to enjoy using Netflix with a VPN:

Jihosoft Free 4K Video Downloader is the program which permits you to convert, download and play videos from YouTube.

You have seen the simplest and reliable way to access Netflix using a VPN without any proxy error. You can check out the Netflix versions of the countries like US, Canada, and the UK and enjoy unlimited streaming. The first two VPNs of the list are highly recommended for accessing the Netflix account. You will love to explore the region-locked contents from different countries using Netflix. If you have already used any VPN to bypass the Netflix VPN ban, then kindly share yours with experience with us. In case of queries or questions, drop your comment below.