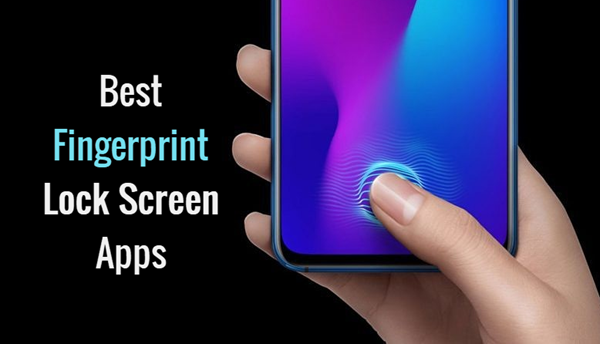 The in-built fingerprint sensor also provides extra security to the device. For this reason, most of the users prefer this feature rather than going for any other features. Now, it is seen that many app companies are trying to utilize this feature. They have come up with many apps which provide fingerprint screen lock option to users. This means user can use his/her fingerprint to lock or unlock the phone. Currently, if you visit Google Play Store, then you will find there are some fingerprint lock apps for Android phones. It is very confusing for you to choose the best one for your Android phone, right? To make it easy for you, here is the list of the best 9 fingerprint lock screen APK files for your Android.

This application is developed and maintained by Cheetah Mobile. It uses the fingerprint sensor to lock your phone’s screen, and it can even lock the Gallery of your phone. It helps you to keep your private data safe by locking it via fingerprint. This app also provides Anti-theft feature for its users. As a result, you can locate your smartphone even if it is lost. 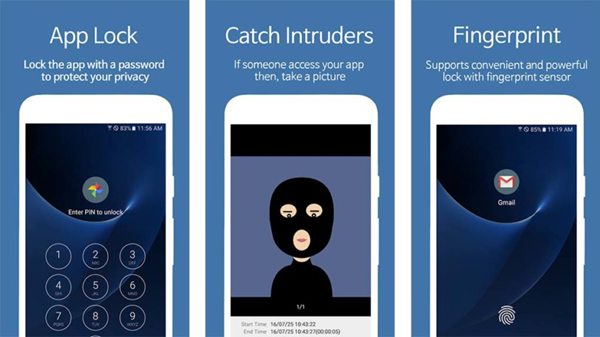 This fingerprint password app developed by Keepsafe provides some wonderful features to its users and provides the best quality of security for your Android Smartphone. 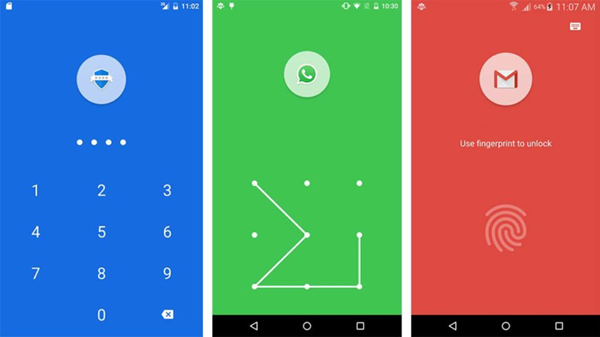 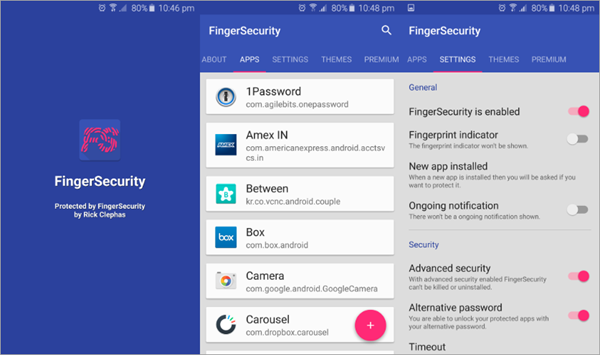 Support platform – Android 4.3 and above.

Developed by Kohinoor Apps, this real fingerprint lock for Android provides dual advanced security lock screens, as well as fingerprint, enabled app lock. With these features, it provides the best security feature for your Android phone and keeps it safe and secure. This app has got some other basic features which help in locking the apps that you want with the help of fingerprint. It also provides an anti-theft feature for your Android. Moreover, this real fingerprint lock for Android is said to require a minimum battery. 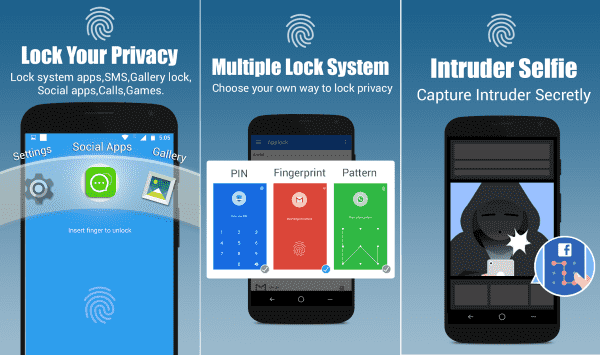 Support Platform – This app will run on all Android 4.2 and above versions.

This fingerprint and pin app lock can provide you with security starting from social media apps to your phone Gallery. This app provides many features for the users, and you can protect your phone too with the help of this app. 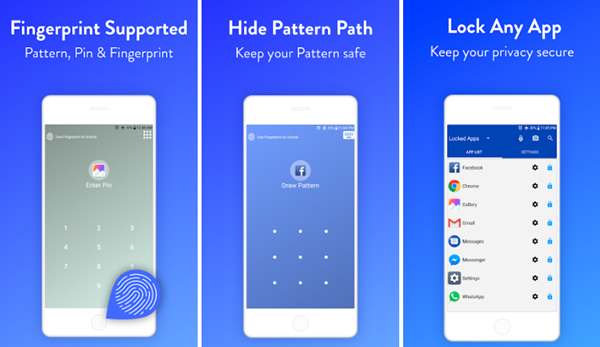 This AppLock by DoMobile Lab comes under one of the best fingerprint apps that are present in Google Play Store. This app is said to be already downloaded by more than 100 million users of the world. It has got the mechanism to provide the support for the fingerprint security option as well as a locking mechanism. It also comes with full customization support for various themes. 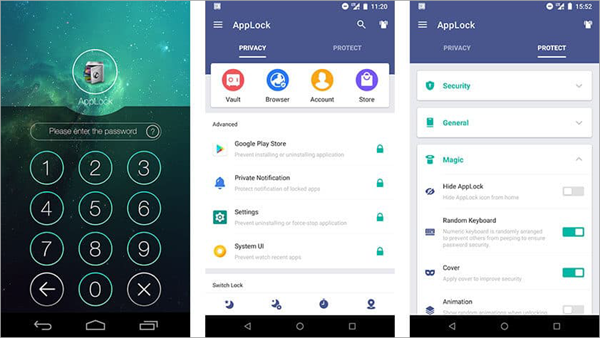 This app lock is a complete security app for your Android smartphone. It provides fingerprint lock security for apps, photos, and many other, other things. Moreover, the app comes with a vault which is designed for video and photo files. 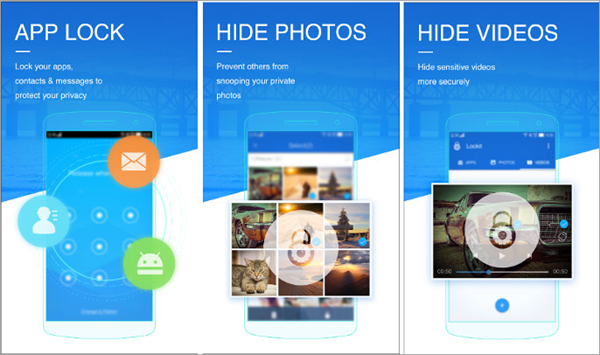 Support Platform – Android 2.2 and above.

This App Lock Pro is one of the most popular application protection apps among the Android users. This app provides fingerprint security to protect your apps from getting into other hands. It not only provides a lock system for social media apps like Facebook, and Twitter, but also protects your Gallery, Messaging app, Call lists and Settings too.

Support Platform – Android 4.4 and above.

All these fingerprint lock apps will keep your phone and the existing phone data safe, but what about the deleted phone data? Have you fond any easy way to get them back? Rest assure. Here is the Jihosoft Android Phone Recovery for your lost data. You can download its free trial version on your computer and let it scan your phone for the deleted data.

It will also allow you to preview the scan result before recovery. Most importantly, this program can be used to recover Android photos, contacts, text messages, videos, audios and other documents even without any backup.

Since there are a lot of fingerprint lock apps that are available in the Google Play Store, you may be confused with them, however, the above list of the best fingerprint APKs helps you to choose the best one among hundreds of apps.

These 9 best fingerprint lock apps provide the best security to your phone. When you want to hide the apps or want to hide the data about photos, videos or something else, then you can just install one of these apps in your Android smartphone to have a try. These apps have got many security features within them, and these features help users to protect their smartphone from intruders. They provide a security layer to your device in the right way.

All the above applications are said to be available in Google Play Store. They are all free versions and can be downloaded at no cost. If you want to download the apps to your Android Smartphone, then make sure to download them from the trusted sites. This is because there are some sites which are not trustworthy, as they provide fake apps in the name of this. If you install those fake apps in your smartphone, then it will make your phone slow as well as you may experience a security lapse in your mobile. So, the best way to install the app is from the Google Play Store. They get all the apps verified, and they don’t get any fake links which will inject your phone with a virus. So, while downloading prefer Google Play Store and download your favorite fingerprint app from the above list.