How to Convert JVC GZ-HD7 TOD to ProRes for FCP

“I have a JVC GZ-HD7 camcorder and usually record some videos for my family. Now I need to edit a .TOD video, but failed to import it to Final Cut Pro X. It is really urgent! Can someone share a solution?”

The GZ-HD7 is the first high-definition camcorder introduced by JVC in its Everio product line. It captures colorful HD images with a host of auto and manual functions. The JVC Everio GZ-HD7 is a tapeless consumer camcorder that used TOD recording format. Here the problem comes out: How to Edit JVC GZ-HD7 TOD video using video editing software like Final Cut Pro? 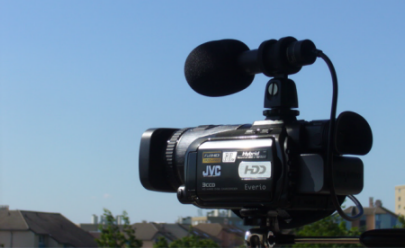 Solution: Since the TOD format is not compatible with FCP, it cannot be imported to Final Cut Pro directly for editing. If you need to edit JVC GZ-HD7 TOD video with FCP X, FCP 7 and FCP 6, you’d better transcode TOD to ProRes 422 first. TOD Converter for Mac introduced by Jihosoft Studio is high recommended to do the conversion. Below is the step-by-step guide about how to convert TOD video to FCP ON Mac.

How to convert TOD to ProRes for FCP:

1. Connect JVC GZ-HD7 camcorder to Mac via USB cable and copy the 1080p TOD footages from GZ-HD7 to Mac hard drive.
2. Install and run this TOD to ProRes Converter on your Mac, then click “Import” to load JVC GZ-HD7 TOD video files to the software.
3. Click the “Profile” bar to choose “Final Cut Pro” then “Apple ProRes 422 (*.mov) as output format and specify the output destination.
4. Click “Start” to convert TOD video to FCP ProRes codec on Mac. After conversion, you can import the converted video to FCP for editing. 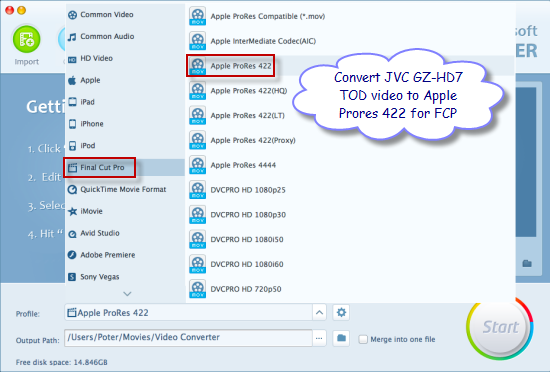 Additional Knowledge: What is TOD?

The TOD file format was created by JVC, to be used by their high-definition camcorder range (i.e. JVC Everio). The TOD format is simply an MPEG2 formatted video file. The recording media for TOD format camcorder including Hard disk drive and solid-state memory cards. TOD use MPEG-2 video compression and MPEG-1 audio compression. It is compatible with XDCAM EX, HDV, and AVCHD, but cannot be directly played on consumer video equipment.