How to Convert MTS Files to AVI

When you record video footage on an AVCHD digital camcorder, the captured footage appears as an MTS video file, a format most media players and video-editing programs don’t recognize. If you want to use the MTS files with computer applications or transfer to a portable device, you may want to convert MTS file to an AVI video, which is compatible with a majority of online and device video players.

To convert MTS to AVI, you can download some recommended free application such as “Format Factory”, “M2TS to AVI MP4 DVD Converter”, etc. However, many users from CNET complained that when attempting to use those free applications, they encounter the following problems:
– Do not compatible with Windows Vista
– Converted files not work on Windows Media Player
– Converted file size is pretty large
– Difficult to download and unable to install

How to Convert MTS to AVI on Mac OS X 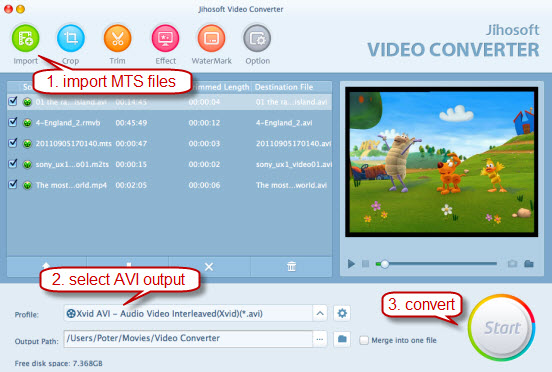