The Star Wars franchise is one of the most popular and highest gross cinematic franchises of all time. The whole Star Wars franchise has grossed more than $4 billion worldwide with a total of eight films under the banner. Star Wars is considered to be a legendary series that has never failed to excite the audience since the first film was released in 1971. Here is a list of all the episodes in the whole Star Wars cinematic series – Episode V: The Empire Strikes Back (1980), Episode VI: Return of the Jedi (1983), Episode I: The Phantom Menace (1999), Episode II: Attack of the Clones (2002), Episode III: Revenge of the Sith (2005), Episode VII: The Force Awakens (2015) and Episode VIII: The Last Jedi (2017). To review Star Wars: The Force Awakens, you can download the Star Wars: The Force Awakens torrents from some popular torrent sites. 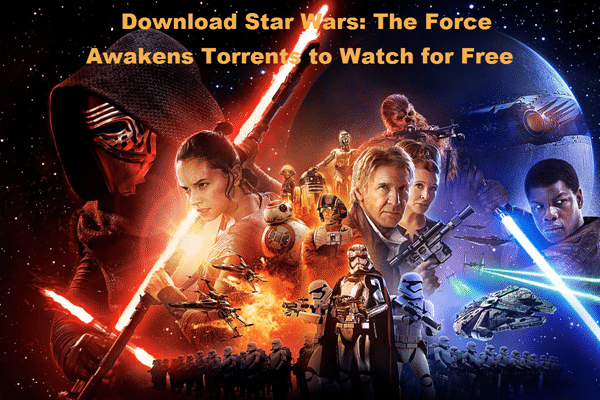 Most of the films have been nominated and awarded with several international recognition in different categories over the years. If you love to watch sci-fi and space saga movies, then Star Wars will be a treat for your movie instinct. With so many Star Wars movies released, one of the most popular and highest gross is Episode VII: The Force Awakens. It is the 7th installation of the whole series and opens a new world of hope to viewers.

The film is quite interesting, and if you are a Star Wars lover, you will regret that you have not been able to watch the film. So now we will be reviewing Episode VII: The Force Awakens and you will get to know various details about it. If you haven’t seen the film yet then this review contains spoilers, so stay alert.

Story of Episode VII: The Force Awakens starts from a time period that is 30 years after Star Wars: Episode VI Return of the Jedi. The First Order has tackled its condition and has once again risen from the Galactic Empire. The First Order is challenged by the Resistance which is led by General Leia Organa. Leia is in a desperate search for his brother Luke Skywalker who is the only hope the Resistance has for defeating the First Order.

The audience will come across two new characters – Rey and Finn. Rey is a scavenger in the planet of Jakku, and Finn is a stormtrooper who escapes from the First Order. The audience will also see the return of Han Solo and his partner Chewbacca. Han teams up with Finn and Rey to help the Resistance destroy First Order’s super weapon – The Starkiller. They will need to find the super weapon before it is used by the First Order to destroy the planet of the Resistance headquarters. The cast consisting of Harrison Ford (Han Solo), Mark Hamill (Luke Skywalker), Carrie Fisher (General Leia Organa), Adam Driver (Kylo Ren), Daisy Ridley (Rey), John Boyega (Finn) and others did an excellent job in portraying the characters that really came to life and did justice to their roles.

How To Watch Star Wars: The Force Awakens?

You can watch the Star Wars: The Force Awakens online by paying on several websites. But that will require a good and fast internet connection so that you don’t have to wait for the video to buffer. If you do not have a high-speed internet connection that supports HD streaming speed, then there is a brilliant way in which you can watch the movie. You can download the Star Wars: The Force Awakens torrents from a torrent website. Yes! Torrent websites provide you with several torrent files for the movie which you can download. Just download it to your phone or personal computer and watch it anytime you want without paying. Star Wars: The Force Awakens torrents are of different kinds and vary according to the resolution of the picture quality.

However, due to strict government internet regulations in most of the major countries around the world, torrent websites are getting a ban on their presence. Therefore it can be a bit difficult for you to get the torrent files. But, still, it is not an impossible task to accomplish. There are several torrent websites which are functioning anonymously so that users can continue using these amazing websites to download the Star Wars: The Force Awakens for free. To stay in the safe side, you can also use a VPN to mask your IP address and download the movie torrents.

We have decided that we will help you out in case you cannot download the movie torrent of Star Wars: The Force Awakens. We have provided you with many links to download Star Wars: The Force Awakens on torrent sites. The major torrent websites provide healthy and malware-free torrent files to people. They are verified safe to download either directly from the website or you can get the file link first and then magnet it. You can download these torrents without facing any irritating pop-ups and other spammy websites that might interrupt you.

Tip: In addition to these links listed above, you can also refer to the best 6 torrent search engine sites in 2019 to find more other torrent files you prefer.

Selecting The Right Torrent – To download Star Wars: The Force Awakens torrents, you will need to choose the right torrent file. To do so, you can follow some of these tips that will help you access the torrent website and also show you how to find the right torrents of the movie.

So these are the important steps that will help you detect the right torrent and allow you to watch the movie seamlessly. These steps are the same for every torrent app, and therefore regardless of the app you are using, make sure to follow the details. Star Wars: The Force Awakens is a brilliant movie which you can watch either by paying the official site to host the film or download it on torrent sites without paying.