With an iPad, you can shoot video, take photos, play music, and perform Internet functions such as web-browsing and emailing. Other functions such as games, reference, GPS navigation, social networking, etc can be enabled by downloading and installing apps. However, one great drawback of iPad is that it does not support flash playback. But you can convert flash swf file to iPad compatible video format with some third-party application.

Jihosoft SWF Converter for Mac is one of the simple to use application that allows you to quickly convert SWF to iPad compatible H.264 or MPEG-4 format, while preserving the quality of the original video on Mac OS X. This SWF to iPad Converter works well with all recent iPad models including iPad, iPad 2, iPad 3, iPad 4 and iPad Mini. When the conversion is done, you can play and watch all your favorite flash games, animations or movies on iPad with no limitation.

Step one: Install and launch the trial version of Jihosoft SWF Converter for Mac.

Click the “Source” button to load local swf file to the program, click the “Play” button to preview the flash file in the right displaying window. 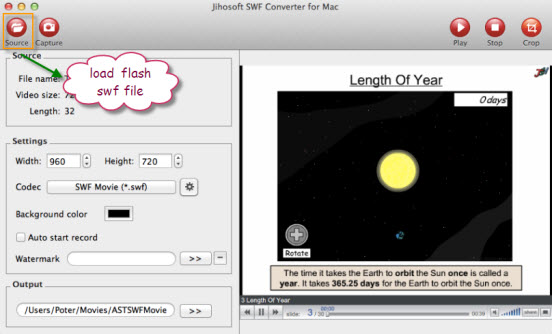 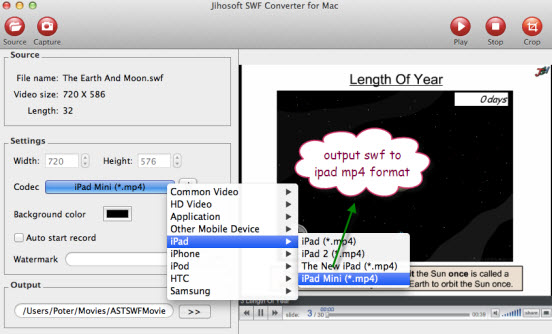 You can watermark the flash swf file with your own image from computer local. 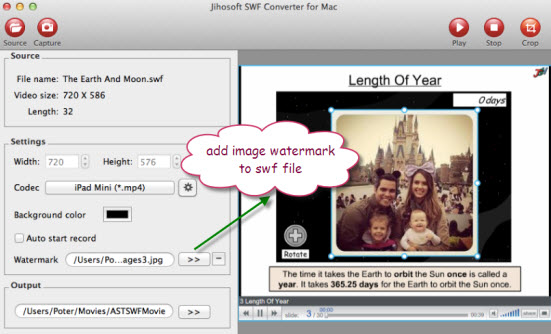 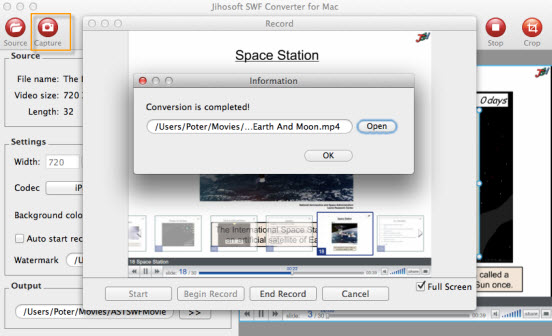