How to Import SWF to Adobe Premiere Pro

Question: I have a SWF file which has been recorded using Adobe Captivate. Now, I want to use Premiere Pro for my editing. However, I have never had a try to edit a SWF file with Premiere and cannot figure out how to do it. Firstly, is it possible? If it is not possible, can anyone recommend a solution?

Generally, you can import SWF files to Adobe Premiere Pro with an alpha channel, but the audio is usually not retained, the interactive content and scripted animation are also not retained. What retained is the animation defined by keyframes in the main, top-level movie.

Step one: Launch Jihosoft SWF Converter for Mac on your computer.

Click “Source” button to select the swf file from your computer local and add to the program. When added, preview the flash file in the right displaying window. 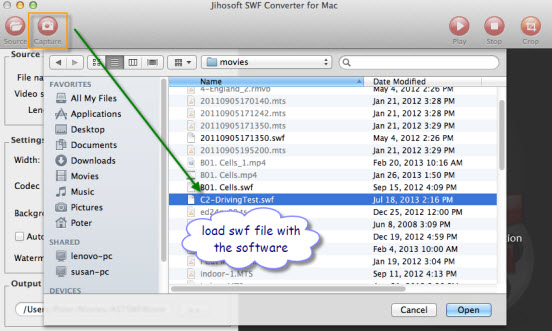 From “Codec” drop-down list, select one of Adobe Premiere Pro importable file formats such as “MPEG-4 Movie (*.mp4)” as the output file format. 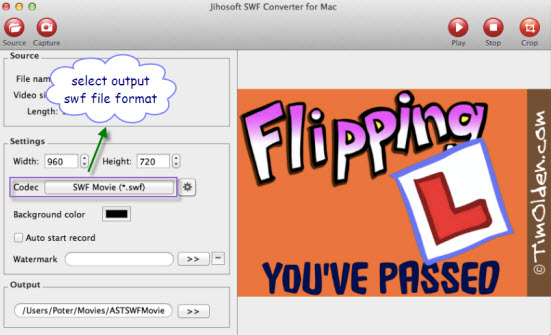 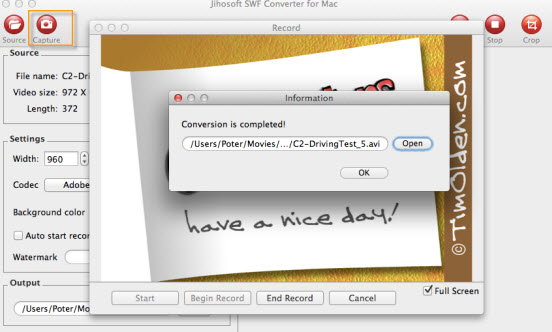