Want to upload and share your favorite flash animations or games on social networking sites like Youtube? Or do some simple editing work on the swf files with your computer’s default free editing software like Windows Movie Maker. You may also have the needs to play the flash files on a computer which has no flash plug-in installed. To conveniently use the flash files in above mentioned situations, all you have to do is convert swf to wmv.

Compare to SWF files, WMV has many many distinctive advantages. WMV files are quite small and therefore can be used on websites without dramatically increasing load time. In addition, many Windows based program use WMV videos. Many specialized programs, such as legal display software, are only compatible with a few formats, and WMV is often one of these formats.

Just download Jihosoft SWF Converter, which helps easily convert flash SWF to WMV format to be played on computer with Windows Media Player, import and edit with Windows Movie Maker, transfer to watch on your tablets/mobile phones or upload to share on Youtube, Hulu, etc. The program is also equipped with some distinctive editing functions, you can crop flash file size, apply image watermark to video, add background color, etc.

Step one: Input SWF file to the SWF to WMV Converter

Initiate Jihosoft SWF Converter for Mac on computer. Note, Jihosoft SWF Video Converter is the version for Windows 8/7/Vista/XP users. On opening the software, click the top-left “source” icon to add flash file from computer local to the program. You can view the file in the right displaying window by hitting the “Play” button. 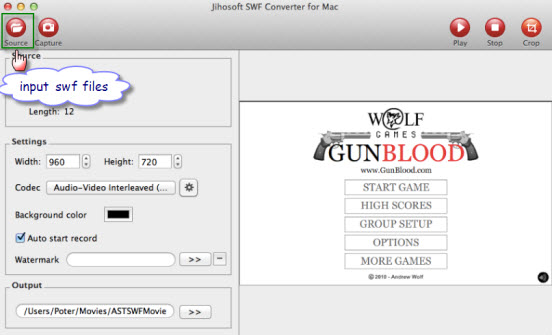 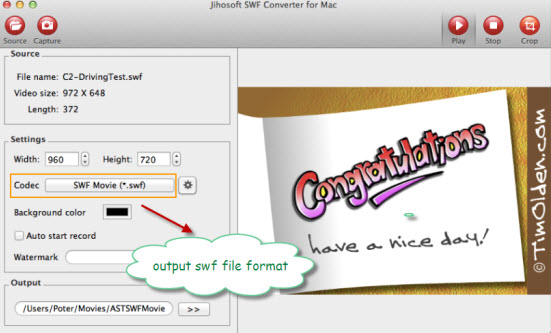 Before converting SWF to WMV, you can edit the imported Flash movie if you want. Editing features include crop, add watermark, change background color and more. 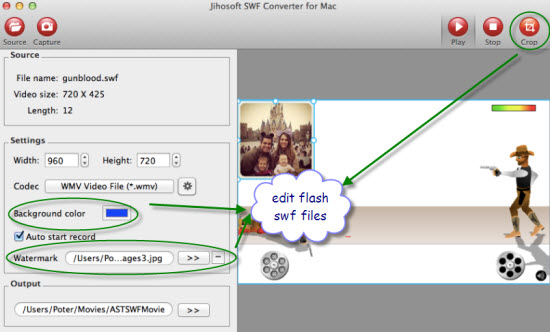 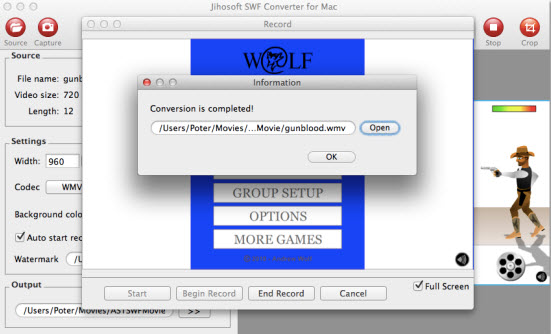