What is an ISO Image File?

An ISO Image, or called simple an ISO, is an uncompressed archive file of an optical disc, a type of disk image composed of the data contents of every written sector of an optical disc, including the optical disc file system. It is created by copying an entire disc, from sector 0 to the end, into a file, allowing you to create backup copies of discs and store them digitally. ISO image files usually have a file extension of .iso, which are widely used for packaging or bundling databases, software applications, video programs, and anything you like. 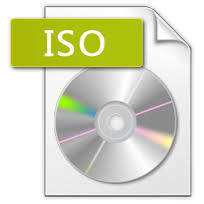 How to Open ISO Files

ISO image files, unlike normal files, are not opened but rather are mounted. Usually, an ISO file can be mounted and accessed as a virtual drive. There are several utilities out there that will mount an ISO file as if it were a disk drive, though often only for reading, for example, Pismo File Mount. Also, an ISO file is much like a ZIP or CAB file contains a collection of files and folders. Some of the popular archiving utilities like WinRAR can read and extract the contents of ISO files. 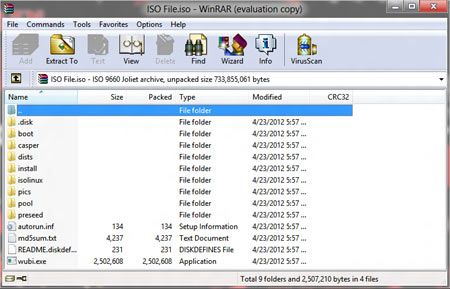 The Usage of ISO Image

Backup of a Disc: ISO files are useful for duplicating or backing up CDs, DVDs, and drives because they copy every bit of data exactly from the disc. This is different than simply copying all files from a disc because the disc header information is lost in the copy process. So you can use the ISO file to restore a disc exactly to the original version.

Burn ISO to DVD: The most common way to make use of an ISO file is to burn the ISO file to a blank DVD disc, resulting in an identical copy of the original disc including file name and volume label information. To burn an ISO to DVD disc, you need to install a third party utility, for example, Jihosoft ISO Maker Free. This application has an option called “ISO Burner” which will allow you to select the ISO file and burn it to DVD disc. 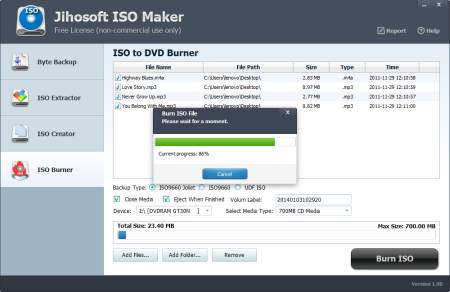