Home > Android Tips and Tricks > Android NFC Tutorial: What Is NFC and How to Use It

Android NFC Tutorial: What Is NFC and How to Use It 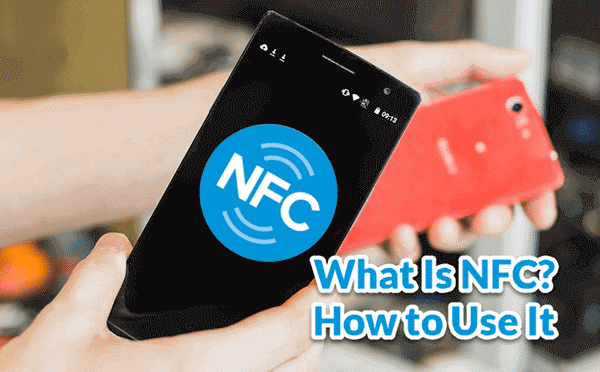 Near Field Communication (NFC) simply depicts the communication between the NFC device with any nearby object and creates a link for communication between them. If you have used Bluetooth, WiFi, LTE, 3G, 4G, etc., for creating a bridge between two devices then you have the idea about the wireless connection and how it works. In a similar way, NFC is a medium for wireless connection between two devices kept near to each other within the radius of 4 cm. After connection the device, you can enjoy sending and receiving the files and other information on both the devices. The best part of this source is that it is completely independent of WiFi, LTE or any other types of network and you can get this service on your mobile phone for free. In this way, you can easily interact and communicate with other devices kept near your device.

NFC technology has been used for many years while making contactless payments. When one brings the credit or debit card near the machine, the machine easily deducts the amount from the user’s account. It is actually because of NFC connection. However, the user never realized that they are using NFC for payment. But, with the introduction of NFC in smartphones, users have got to know about it. They are using payment apps like Google Pay and send and receive money by putting the mobile phone on Tez mode which actually makes the use of NFC for transferring the money between the phones. In short, NFC is playing a versatile role in the digitalization of the payment and other day-to-day needs.

PART 2. How to Check If Your Phone Has NFC technology

The majority of Android smartphones providing NFC service have a small NFC logo on its rear panel which helps to easily recognize the presence of NFC on the handset.

PART 3. How Does NFC Work on Android

NFC is a powerful technology working on the transmission of radio waves to transfer files and receive data. It sets the best standard for wireless communication which helps the two devices to communicate easily. It is not necessary for both the devices to be active. You can connect a passive device to your active NFC device and transmit information between them without any need of cable or network.

The active NFC Android device has three modes of NFC:

However, there are also some problems with NFC on Android. For example, not all Android phones equip with an NFC chip. And for those phones which have NFC chip, not all the chips are not located in the same place, which results in some exploratory rubbing between the Android phones. The last problem is that cross-compatibility between phones is not universal.

PART 4. How to Use NFC on Android

First of all, toggle on the NFC and Android Beam on both phones to get started. Now, select the file or information which you want to transfer and then tap on the device. Meanwhile, tap on another device as well to which you want to transfer. Bring the device close to each other. You will see a confirmation message popped on the screen to complete the transfer. Tap on the “touch to beam” to transfer. In this way, your file is transferred one device to another.

You can also use NFC in many ways. Here is the list of things that you can use NFC for on your Android device.

You have seen various applications of NFC. Now, there arises a big question: is NFC safe or not. As there is no protection given to control the NFC communication, it can be harmful. But, since you need to bring the device very close to use NFC technology, so there is no chance of stealing of data through this. You can keep your apps locked to protect your private information. If you are taking the general safety precaution, NFC will never get harmful for you.

Hence, NFC will not make you lose your important phone data. However, misoperation like wrong deletion will. In this case, you need an Android Phone Recovery tool to help you save your lost data. Even if you lose your Android files due to virus attack, factory reset, system crash or others, this recovery program is able to retrieve the deleted contacts, messages, photos and other files from Android without backup.

In this way, you have got to know what is NFC and how NFC is versatile for Android smartphones. You can do thousands of little things quickly and easily using NFC. This technology is growing day by day bringing up new utility to the user. So, if you are out of network or any connectivity, go for NFC for quick and safe data transfer. If you have any queries then drop it down in the comment section.