Do you have a desire for more control over your Samsung smartphone? To achieve that goal and enjoy the highest authority on your Samsung, for example, modifying system files at will, or installing specialized apps that require administration-level permissions, you just need to root your Samsung device. 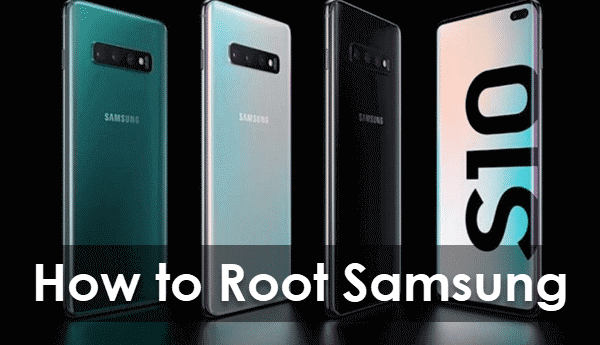 Performing root on Galaxy phone, you usually need a computer, however, there are lots of Samsung root tools available for you to root your phone without the risk of bricking your phone into boot mode. Therefore, we are going to walk you through how to root Samsung Galaxy S7/S8/S9/S10 with Pie, Oreo, Nougat or Marshmallow by using computer or by using Samsung root apps.

Should You Root Your Samsung?

Different people have different opinions about rooting an Android phone. People who want to root their phones think that they should be able to do anything they like with their phones as they have already paid for the hardware. On the whole, people want to root their phones in order to get rid of the extra things on the phone that they don’t like/want. If you own a rooted phone, you can change its appearance, choose from more than a million apps in Google Play store, and have complete access to most of the services. Rooting your Samsung is the best way to tap into your phone’s true potential.

However, rooting is not the answer for everyone, because it will change everything about the inherent security from Google and the manufacturer that built it, which is not acceptable to some people. Moreover, once you root your phone, you take responsibility for the security and integrity of the OS and the applications on the phone. It also should be noted that rooting means your phone warranty is null and void.

Hence, if you are not sure whether to root your phone or not, you have to know more about it before you start. If you are still interested in it, the below guide will walk you through the detailed steps to root your Galaxy phones.

Before You Start to Root Galaxy

There are several things you should be aware of before you take below steps to root Samsung Galaxy S7/S7 Edge/S8 and other new Samsung models:

How to Root Samsung Galaxy Phone With Samsung Root Software?

To root Samsung phone on computer, you need to download the correct USB drivers for Windows computer. If the USB driver is not working on Windows, then you should fix it first with this trick.

You also have to make use of a Samsung root software named Odin (If you use a Mac computer, the software which flashes images should be called Heimdall). It is a firmware flashing tool which is able to push image files to the phone storage and overwrite the existing images. But, it carries the risks that if you flash the wrong/bad image, then your phone won’t start, though it is often recoverable.

Click the link above and head to Samsung Developers to download the Android USB driver for your Galaxy. Launch it and follow the instructions to install the driver on your PC.

Download the 15 second ADB (Android Debug Bridge) Installer. After downloading, right click the .exe file and run it as administrator. Then “y” in each dialogue when the .exe file launches. After that, restart your computer to complete the installation. 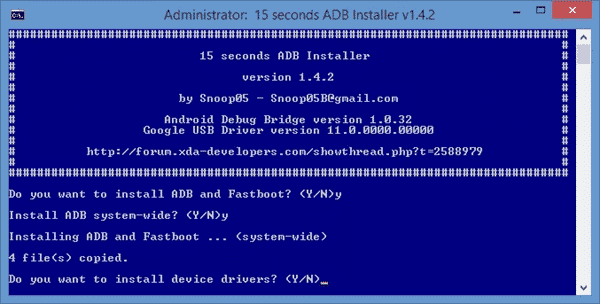 Download the CF Auto Root for Galaxy that contains the rooted boot image which is ended with .tar.md5, and the Samsung root tool named Odin. Then run the Odin EXE file as administrator and install it on your computer. 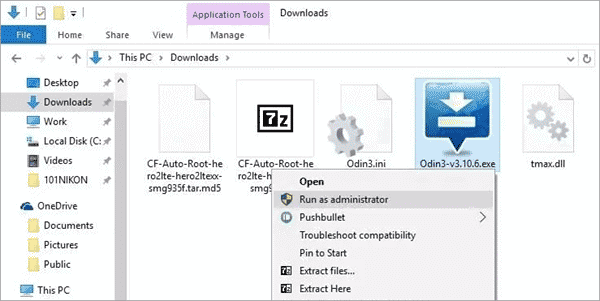 Now go back to the Samsung phone and enable USB debugging and OEM unlock. You can learn how to do that with our tutorial.

Now you should turn off your Samsung phone and press and hold the Power button, Volume Down button and Home button simultaneously to enter into the Download Mode. Don’t be afraid of being stuck in Download Mode, because you can get out of it easily. After that, connect your phone with computer. 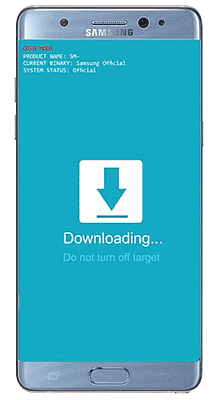 Then come back to the Odin software, and click AP option on its main menu to import the .tar file mentioned in Step 3. When you receive a message saying Leave CS on Log tab, click the Start button to root Samsung device. During the root process, it is normal that your phone restarts a few times. After the process completes, your phone will reboot back into Android. 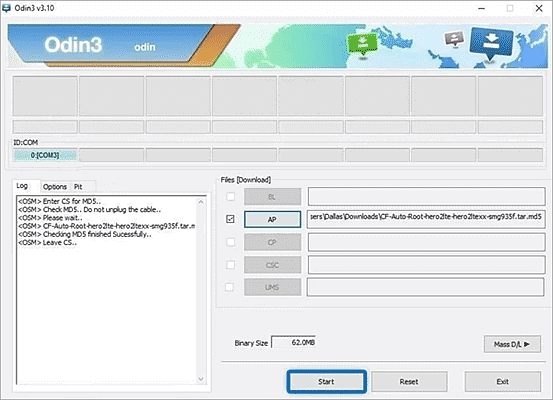 Finally, you are good to use a root checker app to verify whether the device has been fully rooted or not. If you are prompted with a message like “Root access is properly installed on this device!”, it means you did everything right.

How to Root Samsung Galaxy Phone Without Computer?

Another easier way to root a Galaxy without computer is by using a root app, and a number of Samsung rooting apps have sprung up in recent years, which makes this task even simpler. However, some of these apps can’t root every Android phone. Therefore, you may have to do some research to find one that works for your Samsung. Here are 5 of our top-recommended Samsung root apps!

Kingoapp is one of the most popular and useful Samsung root apps, which doesn’t require any PC connectivity. It’s quite easy to use the Kingo Root app on many Samsung smartphones and tablets, and users are able to root their Galaxy devices quickly and easily in one click. This free root app works better with phones that have a good internet connection. 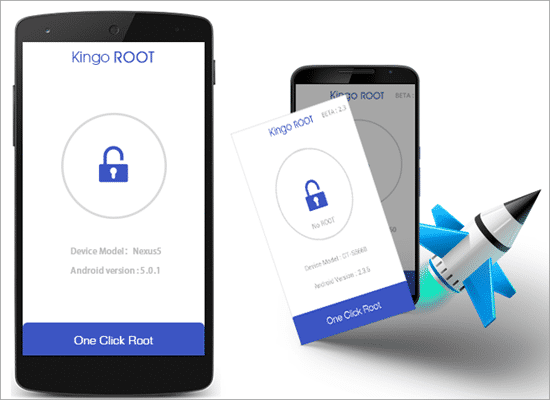 Known as a universal root tool, KingRoot not only can root Samsung devices, but also supports a lot of Android phones. Although it is one of the oldest root apps available, KingRoot has gone through lots of updates and continues to remain update according to the newest OS and phone models. Like the Kingo Root, this app doesn’t require a PC connectivity too, but the speed of the root process depends on the internet connectivity speed. 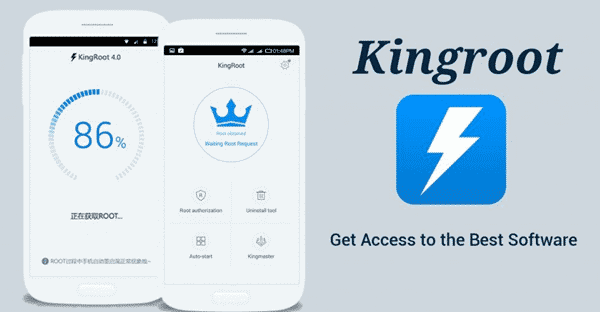 iRoot is one of the latest root apps that help users perform the root process on Samsung Galaxy devices. Though it is not a one click root app like Kingo Root and King Root, the steps to root Samsung with iRoot is quite easy. The best part of this app is that it also provides users with unroot function, so that you can unroot your phone whenever you want.

With Root Master you do not have to make use of a computer to root Samsung Galaxy. You simply need to download this root app to your phone, click on the “Tap to Root” button, and then the app will do the rest for you within a few minutes. It also has the ability to unroot a phone. In addition, Root Master also can be used to remove bloatward on your Samsung phone and other Android devices. If you want to backup your game and app data, Root Master is able to help you too. 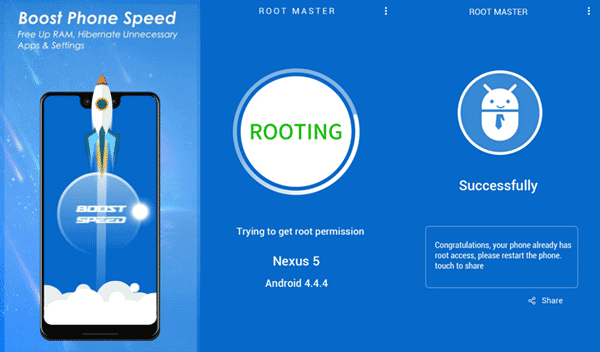 OneClickRoot is a rooting source that can root all popular Android devices quickly and safely. It is compatible with all Android devices ranging from Android 2.2 to the latest Android 9.0. Moreover, it still keeps adding new rootable Android phones to its supported list so as to make itself as useful as possible. The best thing about OneClickRoot is that users don’t need to be an export at rooting, just letting the app do the process for you. This app is very easy to use, though is extremely powerful.

That’s all you need to do to root Samsung Galaxy S10/S9/S8/S7 on Android 9.0 Pie, 8.0 Oreo, 7.0 Nougat or lower Android versions. We hope that you have learned a lot about how to root Samsung with or without PC using the best Samsung rooting apps. Still, if you have any questions or suggestion, just comment down below. We are waiting for your feedback.