If you are planning to buy a brand new 5G Android smartphone and wondering which phone you should buy this year, here we provide you with the list of the best eight 5G Android phones out right now in 2020 for your reference.

Speaking of the features of Samsung Galaxy S 10 5G, the 3D depth sensing camera has been given in the upper part of this phone. It has two front cameras and four rear cameras with maximum pixel of 16MP. Featured with 8 GB RAM and 256 GB storage capacity, this Samsung 5G mobile phone can also be extended through a micro SD card.

Tip: If you need to recover deleted data from Samsung Galaxy S10 and other Android smartphones and tablets, you must try this Jihosoft Android Phone Recovery software which can be used to recover contacts, messages, call history, photos, videos, WhatsApp attachments and other documents from Android phone internal memory and SD card. 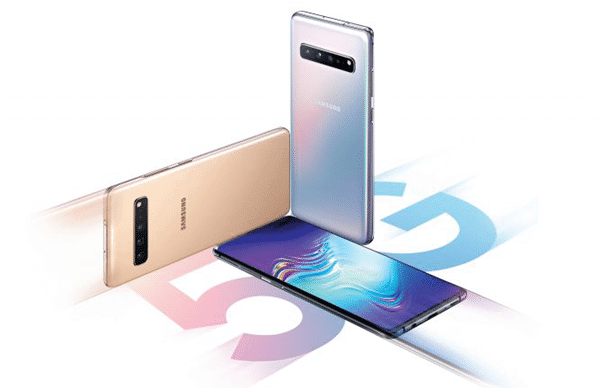 After the release of Samsung Galaxy Fold, now Huawei has also introduced Huawei Mate X foldable phone at MWC 2019. The price of this phone is €2,299 (about Rs 2 lakh). The company has given 3 display screens on this phone, which has a 6.6-inch, second 6.38-inch and the third screen becomes 8-inch after unfolding. Huawei Mate X has a battery of 4,500 mAh with a 55-watt fast charging touch. The company claims that the battery of this phone is charged up to 85 percent in just half an hour. This phone is equipped with the Huawei Kirin 980 chipset and the OS is based on the Android 9.0 pie. Compatible with the 5G network, this phone can download the content of 1 GB in just 3 seconds.

There is a 16 megapixel ultra-wide angle lens with a 40-megapixel primary camera and 8-megapixel lens on the rear of the phone for mobile photography. Mate X is also special for photography because both the front and rear cameras are given in the sidebar. That is, you can fold the smartphone and take selfie from the rear camera and that will be quite sharp. Also, while taking a portrait, the front person can also see his picture due to being a two-way display. For any lost photos on your Huawei device, you can try this trick for Huawei Data Recovery. 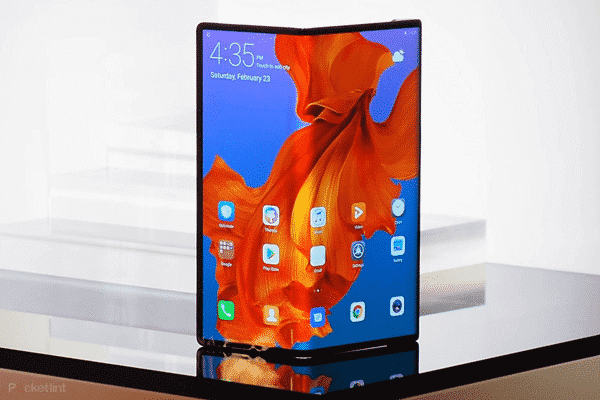 The Vivo Apex 2019 handset will come with 5G support. It will come with Qualcomm Snapdragon X50 5G Modem, Snapdragon 855 processor, 256 GB storage and 12 GB RAM. This smartphone is completely bezel less and it looks very beautiful. There is no selfie-camera as well as headphone jack on the phone. But there are magnetic pins on the back side. It has been named the Magport. It will support charging and data transfer.

There is no physical button in Vivo Apex 2019, instead it is equipped with an in-screen fingerprint sensor. Users will have to use pressure and gestures for quick actions. Based on capacitive touch and pressure sensing, this technology has been named as a touch sensor by Vivo company. 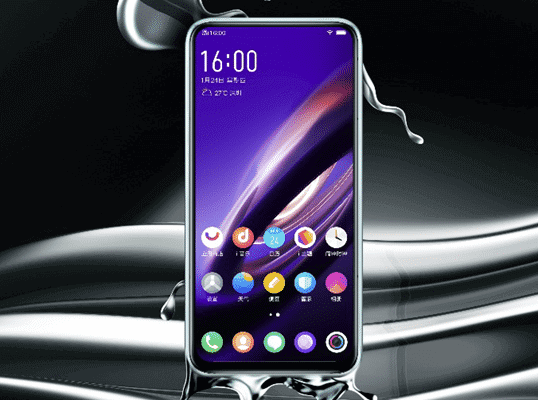 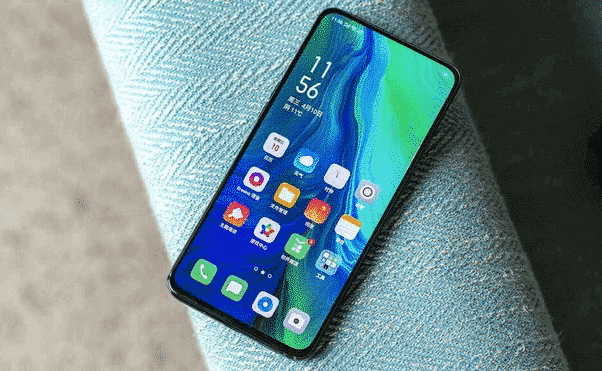 OnePlus has also announced the OnePlus 7 Pro 5G edition smartphone at a launch event in London, UK. The company has confirmed that the phone will be releasing in the UK later in 2019. Similar to Oppo Reno 5G, it also has a triple camera system with a sensor of 48 megapixels. And the pop-up selfie camera allows OnePlus 7 Pro 5G to have a 6.67-inch QHD+ Fluid AMOLED display with 1440×3120 pixels resolution. It will pack Snapdragon 855 SoC with up to 12 GB of RAM and 256 GB UFS 3.0 storage. One more tip for you is that it is not so difficult to recover files, messages, and photos from OnePlus 7/7 Pro with the proper use of data recovery tool. 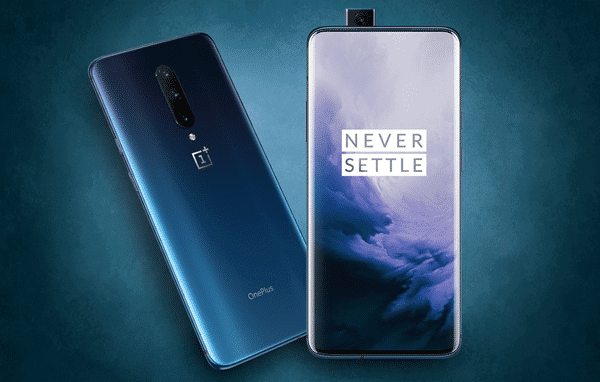 Xiaomi has announced its first 5G compatible Android phone, Mi MIX 3 5G. Taking to the stage in Barcelona at MWC2019, Xiaomi showed off its new super-fast handset. The smartphone will go on its first sale by May 2019 and feature the new Qualcomm chipset and will start at EUR 599 which is approximately equal to Rs 48,000.

For smartphone photography, it has a 12 megapixel dual rear camera. Its first sensor is f/1.8 aperture with wide angle lens and Sony IMX 363 sensor. Apart from this, there are two cameras at the front. One camera is 24 megapixels and the other is 2 megapixels. The front camera features the AI-equipped buffing and Bokeh effect feature. For connectivity, the phone includes lots of features such as 5G, Wi-Fi, Bluetooth, GPS, NFC and USB Type-C port. 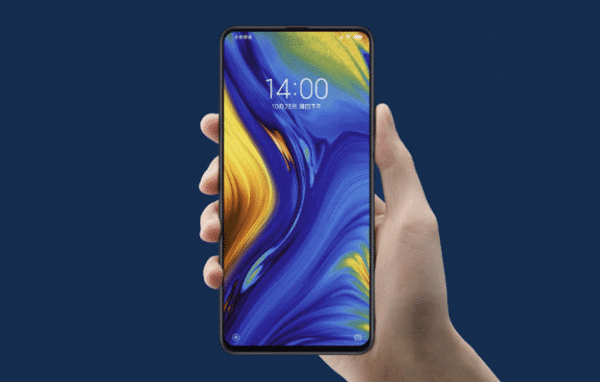 Samsung has launched its first foldable phone during unpacked events in the US. This foldable phone is named Samsung Galaxy Fold. This new Samsung 5G smartphone has two displays, one display is 7.3-inch, and the second screen is 4.6-inch. 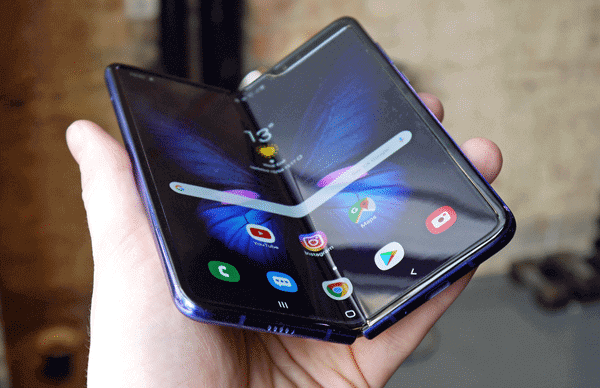 There are six cameras in this phone three rear cameras, two inwards and one in the front. In which 16MP + 12MP + 12MP three cameras will be in the back. Apart from this, two cameras of 10MP + 8MP for selfie and one 10MP camera are placed on the foldable front. This Samsung 5G network mobile phone has 12GB of RAM and 512GB of storage. It has two batteries of up to 4,380mAh capacities. It will also have a 5G variant. It will come with Qualcomm Snapdragon 855 processor, and will run on Samsung OneUI interface.

LG V50 ThinQ 5G was launched in Mobile World Congress 2019. It has a 6.2-inch Oled Full-HD + display, which has a resolution of 2160 x 1080 pixels and the aspect ratio is 19.5: 9. The phone supports dual SIM. LG V50 ThinQ 5G is the company’s first 5G supported Android mobile smartphone. The phone is powered by the Snapdragon 855 SoC which is paired with 6GB of RAM and 128GB of inbuilt storage which is expandable. It runs on the latest Android 9.0 Pie out of the box.

The phone is equipped with a triple rear camera setup of 12MP primary camera with F1.5 78 degree lens, and another one is a 12MP lens with F2.4 and the last one is a 16MP sensor with F1.9 wide angle lens. Coming to the front has a dual camera setup of 8MP RGB sensor and 5MP lens. 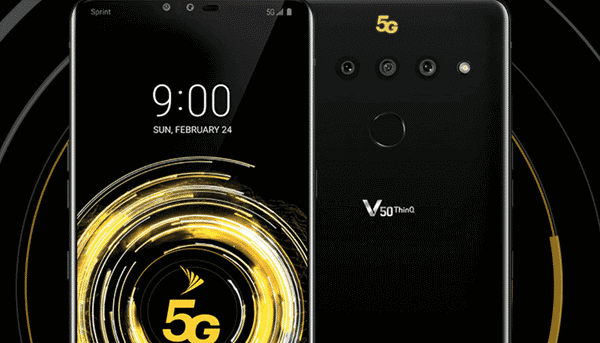